The Dublin City’s Coroners Court and City Morgue in Store Street, Dublin 1 were built in 1901 and replaced the Old City Morgue in Lower Marlborough Street which was later incorporated into the original Abbey Theatre.

It was built on the site of the old Custom House flour mills and was designed by the City Architect., Charles J. McCarthy who had gone on a fact finding tour to examine coroner’s courts in England with Councillor Nannetti.

Nanetti had the honour of being mentioned in James Joyce’s Ulysses when Mr. Bloom predicted that he would be elected Lord Mayor in 1906.

The Old Dublin City Morgue was demolished in 1999 and the redevelopment of a new Medicolegal Centre including a state-of-the art forensic facility for the City of Dublin is planned.

The temporary City Mortuary is based at the O’Brien Institute, Malahide Road, Dublin 3 near the junction of Griffith Avenue. 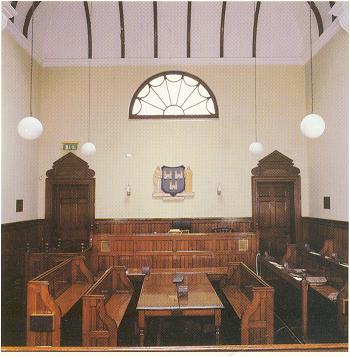